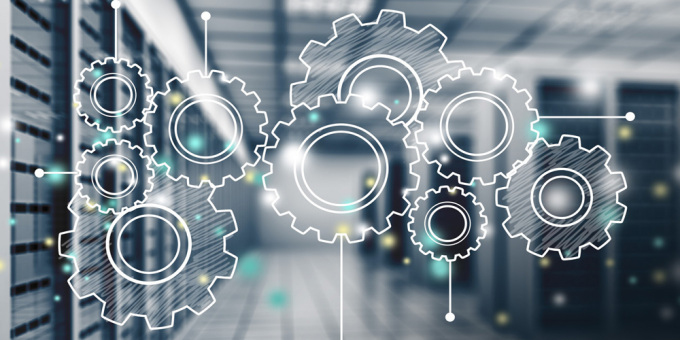 GERICS is incorporated worldwide in several activities in the area of climate services. Furthermore, we are active in coordinating and contributing to many international, European and national research networks and initiatives. The main activities and networks are:

Pioneering role in the development of climate services

There is no ”common approach” in delivering climate services. In the last years most countries in Europe and worldwide have developed climate service institutions covering a broad spectrum of providers, tasks, functions and institutional frameworks. As a think tank and based on seven years of experience, GERICS is leading in developing innovative prototype products and services. Representatives of several international institutions desired and desire an exchange of experiences with us in the planning and development phases of their climate service institutions (among them Norway, Austria, Belgium, Mexico, Brazil, Dominican Republic, Nicaragua, Australia, Taiwan, China, Philippines, USA, AOSIS States).

GERICS has also a leading role in the field of worldwide climate partnerships. The Climate Service Partnership (CSP) is an international, informal interdisciplinary network of climate service users, providers and researchers. It was created in 2010 for the purpose of knowledge exchange and better cooperation in the field of climate services. Since June 2015 we are responsible for the basic tasks of the CSP secretariat, which is hosted by GERICS. Moreover, GERICS was actively involved in the foundation of the European Climate Service Partnership (ECSP) in March 2015. The aim of the partnership is fostering the cooperation of climate service providers, users and supporters especially in Europe.

GERICS contributes to the European „Joint Programming Initiative – Connecting Climate Knowledge for Europe“ (JPI-CLIMATE) in promoting research in the field of climate services across disciplines and national borders. JPI Climate is gathering 17 European countries. The initiative provides a platform in order to address the societal challenges associated with climate change jointly and coordinated at the pan-European level. This ensures that duplications of activities will be avoided and available resources are targeted and used in a rational way. Here the combination of scientific findings and the relevance of their implementation in policy and administration is key.

In the beginning of 2013 GERICS was involved in the creation of the Earth League. Earth League is an international alliance of prominent scientists from world‐class research institutions (currently 17 from 11 countries), who look to work together to respond to some of the most pressing issues faced by humankind, as a consequence of climate change, depletion of natural resources, land degradation and water scarcity. The Earth league secretariat is operated by GERICS.

GERICS cooperates in a constructive manner in the continuous development of the strategic orientation of the WCRP (World Climate Research Programme). Through membership of GERICS director Daniela Jacob in the CORDEX Science Advisory Team (SAT), GERICS has a strong link to WCRP. The EURO-CORDEX initiative, in turn, incorporated in the international CORDEX Initiative, brings together international groups of modellers (currently 29 institutions from 16 European countries). They jointly perform and analyze coordinated, high-resolution regional model simulations and process data for end users.

EURO-CORDEX is coordinated by Daniela Jacob at GERICS in cooperation with partners from Norway and Greece. In EURO-CORDEX an ensemble of regional climate simulations at high resolution is generated in order to better assess the development of the future climate in Europe.

In 2014 GERICS director Daniela Jacob has been appointed by the European Commission in a five-member expert group, which has developed a European research and innovation Roadmap for Climate Services. The roadmap has been presented in Brussels in March 2015. The realization and implementation of this strategy in the short-, medium- and long-term (until 2020 and beyond) will be realized by the major funding programmes Horizon 2020, JPI Climate, Copernicus, Climate KIC, and others.

The new Journal „Climate Services“, which has been initiated jointly by GERICS and Elsevier, is online since June 2015. Chief Editor is GERICS director Daniela Jacob. Experts from different disciplines constitute the journal’s editorial board. So far no journal existed in the field of climate services, which addressed both scientist and experts in practical applications. This gap is now closed. The open access journal brings science and practitioners together and serves as a platform for exchange between both communities. “Climate Services” addresses both researchers in the field of climate service research, and stakeholders and practitioners interested in or already applying climate services. This is reflected in a new climate service article type, which contains a classical scientific part as well as a chapter with practical implications for policy makers and practitioners. The editorial office of the journal is managed by GERICS.

GERICS is one of twelve partners of KlimaCampus Hamburg, which brings together universities, research institutions, and public authorities of Hamburg in the research area climate. One example for cooperation is the joint organization of events. Furthermore, GERICS is involved in discussions regarding the strategy and research activities of the Cluster of Excellence CliSAP (Integrated Climate System Analysis and Prediction) of Universität Hamburg. Partners in CliSAP are Universität Hamburg, Max-Planck-Institut für Meteorologie, Helmholtz-Zentrum Geesthacht with GERICS, and Deutsches Klimarechenzentrum.